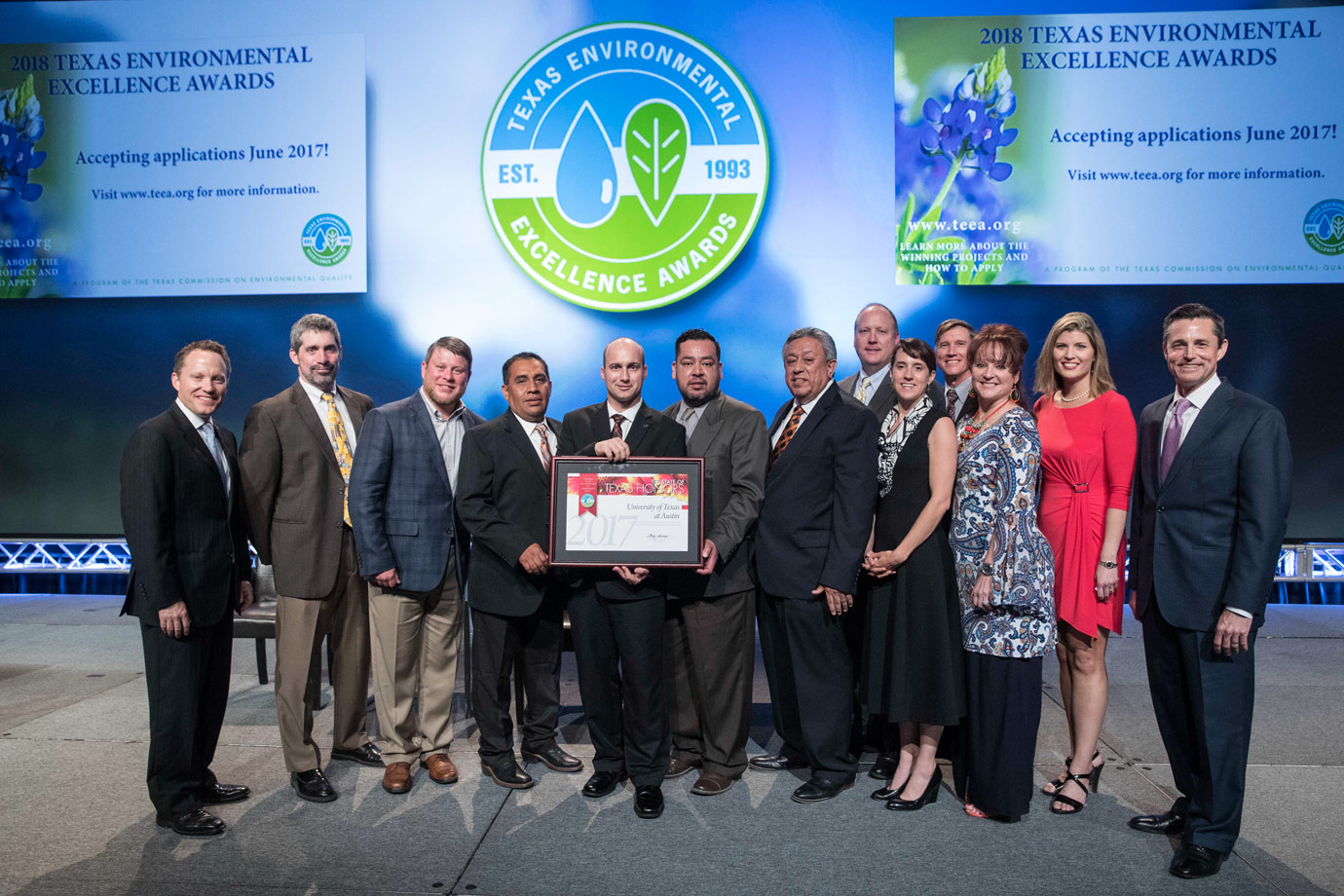 UT Austin: Winners of a 2017 Texas Environmental Excellence Award from the Texas Commission on Environmental Quality (TCEQ) for water conservation

The University of Texas at Austin uses a central irrigation system to assist in managing the irrigation usage across campus. Water conservation is a top priority for the irrigation section of Landscape Services. We strive to irrigate using only the amount of water needed to keep plants and trees healthy.

At the university, irrigation was targeted in 2009 as an important part of campus water conservation efforts. As a result, in November 2011, the university installed a new irrigation system and centralized digital control center to improve water conservation and avoid energy consumption and related costs. Since 2011, the university has reduced irrigation water usage by 66 percent (more than 100 million gallons annually), resulting in an estimated average annual cost avoidance of close to $1 million, despite a significant drought. This amounts to enough water to cover over 300 football fields one foot deep, or to supply water to more than 600 average family homes for one year.

Irrigation accounts for a large percentage of water usage across the state of Texas and throughout the United States. The EPA states that “As residents of the second most populous state in the country, Texans have a large and continually growing demand for water. According to the Texas Water Development Board, by 2060 the state's demand for water is likely to increase by 27 percent compared to its demand in 2000.” Landscape Services currently has several properties utilizing reclaimed water, and is working on expanding to additional locations. 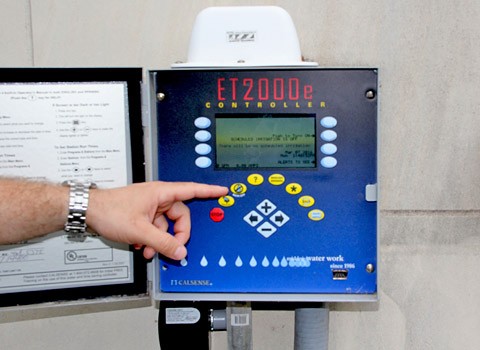 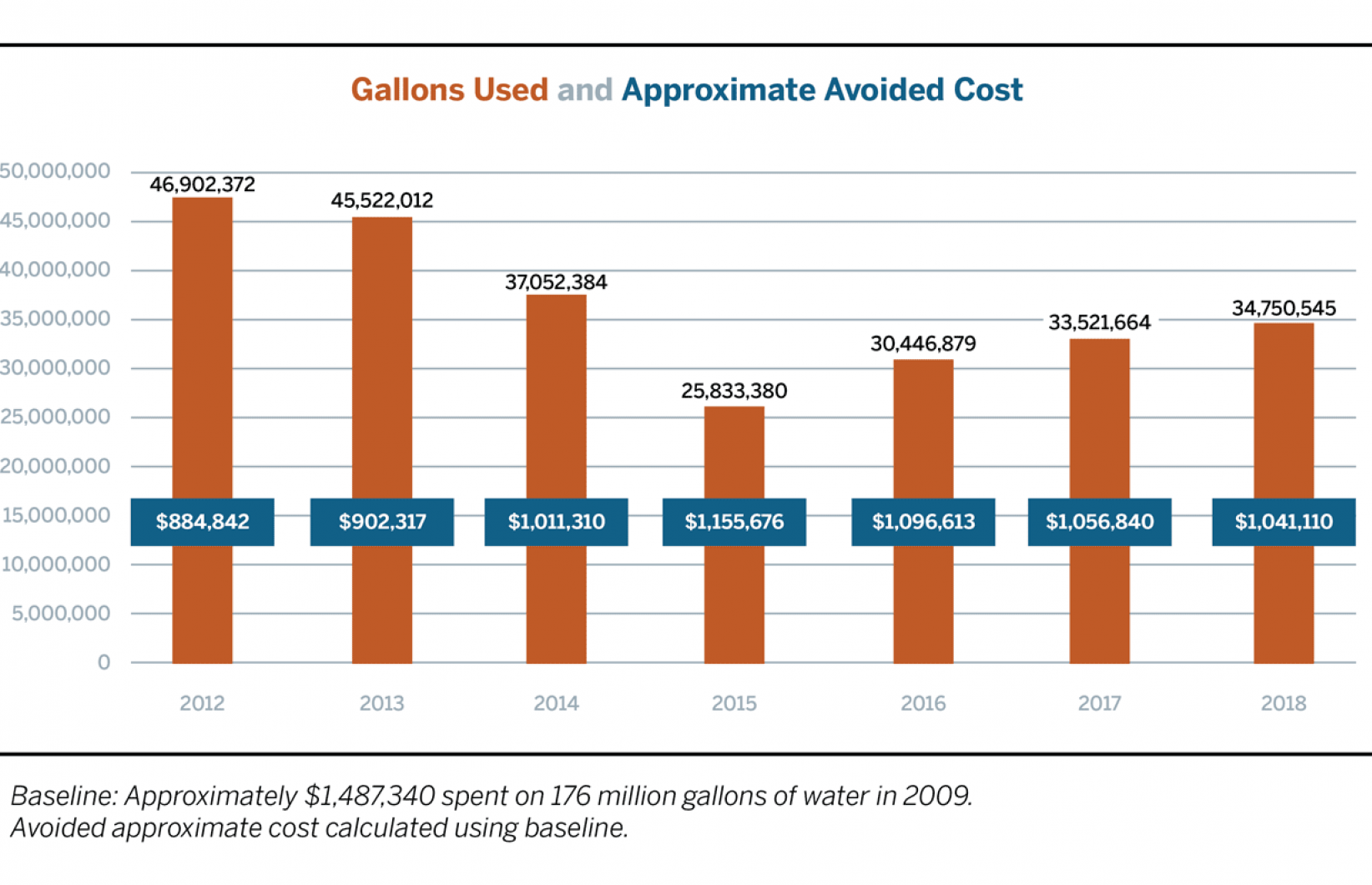 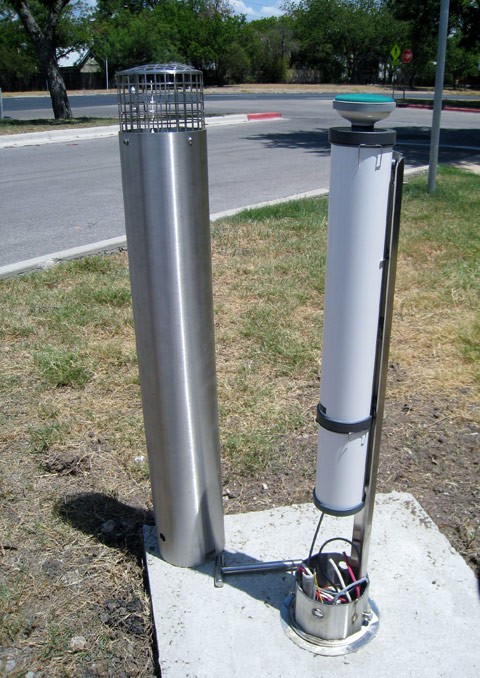 Evapotranspiration sensor (cover removed) - one of three on campus.

This device provides data on temperature, relative humidity and rainfall to determine the amount of water evaporated from the soil in a given area. These smart sensors help us to identify opportunities to conserve water when irrigation is not necessary.

For more information about the dashboard or to have a demonstration for your organization, email Irrigation Supervisor, Tim Kihnel.